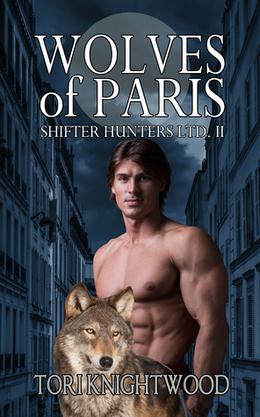 She’s in denial. He’s fighting to save his family’s business. Her fears might cost them their lives.

Ryenne Cavanagh is still a fierce shifter hunter proving herself in a man’s world. But, for the first time in her life, she has doubts about her future. After the events in Kenya, Ryenne and Lucien are moving forward as a couple, but Ryenne has always been a lone wolf. She doesn't know how to let someone into her life.

In Paris, Ryenne tries to enjoy coffee near the Eiffel Tower and runs in the Bois de Boulogne with Lucien. But as long as there are rogues in the world, there is no such thing as a break for a shifter hunter. A stabbing in a nightclub and a mysterious string of armed robberies tied to the Fangs challenge Ryenne to face her feelings for Lucien.

Ryenne fears she’s the reason the Fangs have put Lucien and his family in their sights. Now, she’ll do anything to protect the people she cares about. As attacks pile up, Ryenne must find a way to save Lucien’s family from the Fangs and, if she can’t admit her true feelings for the wolf shifter who stole her heart, Ryenne might lose Lucien forever.
more
Amazon Other stores
Bookmark  Rate:

'Wolves of Paris' is tagged as:

Similar books to 'Wolves of Paris'

All books by Tori Knightwood  ❯

Buy 'Wolves of Paris' from the following stores: