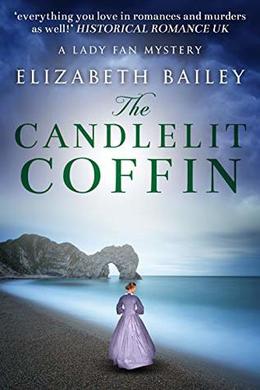 A thrilling mix of mystery and romance! For fans of Georgette Heyer, Mary Balogh, Barbara Erskine and Jane Austen.

Murder lurks behind the scenes…

With Ottilia sunk deep into a depression, Francis is desperate to get his beloved wife back.

So when he hears about a murder at the seaside town of Weymouth, an idea starts to form…

A young girl’s body has been discovered, laid out in an open coffin, surrounded by candles.

The staged scene, and the fact that the victim was a member of a theatrical troupe, suggests one of her colleagues is the killer.

Knowing Ottilia’s sharp intuition and penchant for solving mysteries, Francis brings her to the murder site.

Can the case spark Ottilia’s interest? Will the intrepid ‘Lady Fan’ once more make an appearance?

And can she solve the mystery of the Candlelit Coffin…?

Similar books to 'The Candlelit Coffin'

Buy 'The Candlelit Coffin' from the following stores: