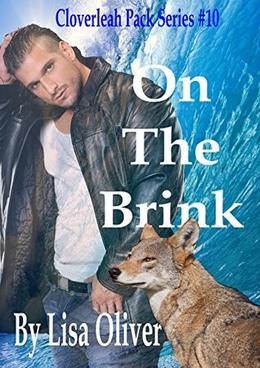 Cloverleah Pack # 10
Can be read as standalone but if you read the series you will have a better appreciation of the secondary characters and the way the packs are set up.

Raff never wanted a lot out of life; his pack, his family and to be accepted for who he was. Yes, Red Wolves were smaller, skinnier and weaker than other shifters, but they were also extremely rare. Which is why, when he was banished from his home pack and family, he made a point of staying away from other wolves. But living rough, without any money, is really hard and when Raff risks a trip into San Antonio to find some cash work, he quickly wished he hadn’t. Although, thanks to his dog Killer, he did meet up with the Alpha Mate of the local pack. Maybe, just maybe his life would take a turn for the better.

Nereus was almost as old as the sea itself, but he made a point of visiting friends whenever he could. A chance visit to the wolf pack at San Antonio put him in the path of his mate, and Nereus grabbed the little man as quickly as he could. But Raff was new to the pack and when Scott and Madison get kidnapped and the men from Cloverleah zap into town, Nereus can’t help but wonder if Cloverleah might offer his new mate a safer place to live.

Back in Cloverleah, Teilo is pleased his brother is mated, but it’s not as though he has a chance to go and look for a mate himself. He’s settled in his home and loves to run in his wolf form. Although, when he gets bitten by a teacup poodle with the ridiculous name of Killer, he wonders what other surprises are going to jump out of the bushes at him. He didn’t expect to find two mates.

A crazy serial killer with no scent; danger for Raff at every turn and a landlocked beach? The men at Cloverleah are in for some pleasant and not so pleasant surprises. Throw in four dogs and the gorgeous bear cub and all of the men in Cloverleah are going to have to be on their toes.

(Warning: M/M/M menage: violence, graphic intimate situations between men and an attempted rape of one of the MCs. Also features a teacup poodle who thinks he’s an alpha, a serial killer who believes in mpreg and a merman with a beautiful tail).

A note to readers: This book is based partially on a time line from Angel in Black Leather Pants. It is not necessary to have read that first, but if you have, don’t be surprised at the overlap. Also, because of the timeline of the book, it is written in two parts. Part one is in San Antonio where Raff and Nereus meet. Part Two is in Cloverleah where Raff and Nereus meet up with Teilo.

'On the Brink' is tagged as:

Similar books to 'On the Brink'

Buy 'On the Brink' from the following stores: