Bratva Boss's Babysitter: An Instalove Possessive Male Romance (A Man Who Knows What He Wants #192) 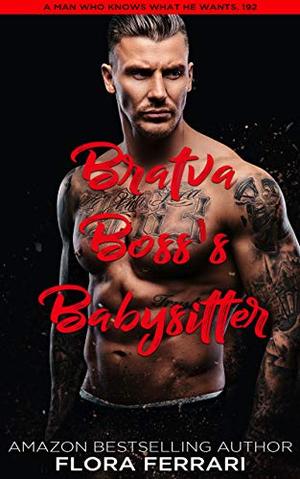 Erik Godunov is a man to be feared. Six foot seven and built like a dominating bear, with steel colored hair and eyes that pierce, I should be terrified of him.

He’s a Bratva boss, a man used to getting what he wants. And what he needs from me is to be a nanny for his ten year old niece, Kat. She’s an orphan after her mother died, and I relate to that, big time. I’m an orphan too, just an inexperienced nineteen year old who should just keep her head down and get on with her work.

But when I see this possessive forty-three year old giant bear of a man, I feel something flaring inside myself. It’s silly, it’s crazy, he’d never want me … Or would he? Maybe I have something this absolute savage of a man needs. Maybe, just maybe, I can be more than the babysitter for the Bratva boss.

But even if that’s the case, he doesn’t know about my past. I’ve lived on the streets and some pretty crazy stuff has happened to me. Not to mention that my parents were junkies and I might have a stalker out there, looking for me, always looking for me. Am I really the sort of woman a man like Erik would claim?

My passion is painting, but I’m not sure I can paint any sort of reason into my mind when this dominant alpha tells me I’m his, and his alone. He’ll kill anybody who touches me. I belong to him. And I’m going to give him children.

Is it a trick? Is it real? Can I trust this feeling inside of me, this new warmth, this feeling of belonging? The more time I spend in his mansion with Kat, the funniest, most endearing little girl in the world, and Bullet, the most playful, loyal Great Dane in the world, the more I feel like I belong.

Can I be the Bratva queen? Or is something going to go terribly wrong?

*Bratva Boss’s Babysitter is an insta-everything standalone instalove romance with a HEA, no cheating, and no cliffhanger.

The 'A Man Who Knows What He Wants' series

All books by Flora Ferrari  ❯