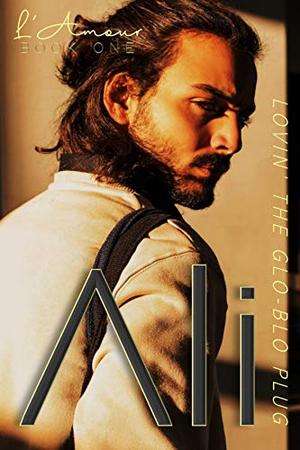 Could you kill your mother in order to save the rest of your family?

Ali Abbas, Said’s oldest offspring, is all grown-up, taking his way of life in his own hands. Thanks to Glo-Blo, the exotic plant his twin sisters, Kaarla and Kaarle created, Ali is now one of the biggest suppliers in Atlanta and its surrounding counties. Life is good with his girlfriend of four years, Briony, by his side; the woman he trusts with his deepest, darkest secret that is currently haunting his every dream. Within the years they’ve been together, they told each other everything, or so Ali thought. Briony has been withholding a secret for months in the making. When Ali finds out, it shifts the dynamics of their stronghold.

On the night of Ali’s twentieth birthday, he attends a business meeting at The Haven with a possible future client for Glo-Blo. Amid his night, he sets his eyes on a ripen beauty, who effortlessly changes his outlook on love. Ali becomes sidetracked through infatuation while someone on the streets is secretly aiming for Glo-Blo and its entirety. As he tries to keep his love life together and do what needs to be done so his operation can run smoothly, Ali’s relationship with Briony gradually gets pushed aside.

Cartier, a tall, ebony beauty of Clarkston, Georgia, heads to Downtown, Atlanta to meet up with her brother, Jonn. When she makes it to the appointed destination, Jonn is nowhere in sight. In the midst of her search, she meets a young man who is checking for her and also helps her check out the scene for her brother.

Days later, Cartier is visited by two suited men in search of Jonn. They inform her that he has possibly run off with their money. When she reveals to them that she hasn’t seen or heard from her brother in days, they give her the rest of the week for his return, threatening to come back to harm Cartier and her mother.

Will Ali get a grip on things and handle his business or will he break under pressure?

Will Cartier’s brother return in due time and make her troubles go away?

Come find out in the first installment of ALI: Lovin’ The Glo-Blo Plug.
more
Amazon Other stores
Bookmark  Rate:

Similar books to 'ALI: Lovin' The Glo-Blo Plug (Book One)'

Buy 'ALI: Lovin' The Glo-Blo Plug (Book One)' from the following stores: