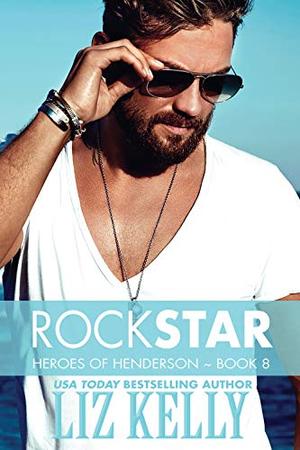 McKenna Blakely’s greatest desire is to marry into the Wright family. Neither an absentee boyfriend, nor another woman, nor a hot, confident rock star is going to thwart her dream. Probably. Because Jagger Yates is not just the lead singer of McKenna’s favorite band, he’s her one-and-only celebrity crush.

And he’s just asked her out.

A rock star shouldn’t be stuck on the one woman who blew him off after a concert. There are so many fish in that sea. But Jagger is obsessed with the One Who Got Away. He’s pined for her, he’s written songs about her, he’s wallowed in the disheartening memory of her. So running into said muse? Totally knocks him off his game.

For about four and a half seconds.

Clearly the universe has spoken and, boyfriend or no, Jagger is locked in on McKenna, eager to coax her into changing her tune. And all of Henderson has a front-row seat for this sold-out performance.
more
Amazon Other stores
Bookmark  Rate:

'Rock Star: Heroes of Henderson ~ Book 8' is tagged as: