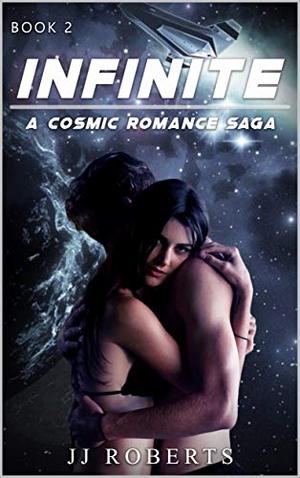 Dena Prentice is many things. She is the CEO of the corporations built by her father, visionary British multi-billionaire Nigel Prentice. She is an athlete, a pilot, a diver, an explorer—an adventuress at heart. She is tall, dark-haired, strong-willed, beautiful; a shrewd, strong-willed, passionate lover of life—and the most beautiful men. Dena is about to embark on her greatest adventure of all—but it is not the adventure that she thinks it is. She is preparing to take the pilot’s seat on her father’s new spacecraft, the first ship in a planned space fleet that will open up the Solar System and the space beyond to all the citizens of Earth. She thinks this is her ultimate adventure, the thing for which she has been preparing all her life. But she is wrong.

As Dena prepares to reach into space, she doesn’t suspect that the universe is reaching out to her—in the form of the most amazingly beautiful and fascinating of all the many men she’s known. Kane Smith is a man who strides into her life as if he just dropped from the sky. He is a masculine beauty greater than Dena ever thought was humanly possible—and she is right: for Kane Smith is not human at all. He has been made to look, sound, speak, and feel like the most irresistible man who ever lived. But he is not of this Earth. Kane is a Fabricant, a life-form programmed to take on the form and function of any species whose genetic codes are transmitted into him. He has been designed to be a perfect human male, to learn the human capacity for love. Those who sent Kane from space need to know if humans can love each other, and love their lives and their world, enough to meet the challenge that looms over Earth from the distant stars.

The Infinitors are coming. They are a self-replicating artificial intelligence that consumes whole planets to make more of themselves and spread across the galaxy. The Conservators, the alien intelligence that sent Kane, may help humans save themselves. But first, the Conservators must know whether humanity is truly worth saving. For that, they’ve charged Kane with the fateful mission of Discovery, in which he will make the most intimate contact with a human and learn how deeply and how passionately a human can love.

Kane appears at a gala reception to celebrate the upcoming Prentice Spaceways launch. He meets Nigel Prentice and instantly charms Nigel’s daughter. He listens to Nigel’s far-reaching plan for what he sees as humanity’s cosmic future. He presents himself to Dena and Nigel as a member of a think tank that is planning an “ark” to store and preserve the scientific and cultural information of Earth. And he makes Dena want to know everything about him—especially in situations other than a gala ball at a Beverly Hills mansion. A former lover, Brent Lawlor, wants Dena back, but Dena knows what she wants and it isn’t Brent. When Brent drunkenly confronts Kane as a rival, Kane quickly sees him off, leaving him sprawled unconscious on the lawn. Dena and Kane slip away together from Nigel’s mansion to Dena’s beach house in Malibu, where the heiress takes her heart’s desire in mind-boggling sex with the being from space. Kane, in sex with Dena discovers his own feelings for her, which convince him of humanity’s worth. Later, Dena awakens to find him communicating with the Conservators on the beach—and learns the shocking, mind-staggering truth. How can Dena accept whom and what she is spending the night with? And what can she possibly do next?

'Infinite : A Cosmic Romance Saga' is tagged as:

Buy 'Infinite : A Cosmic Romance Saga' from the following stores: