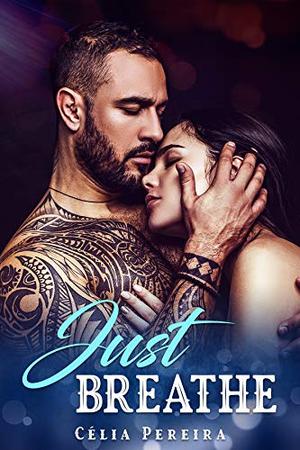 Bailey
I lived through a hell that most wouldn't survive. I managed to escape with my son and take refuge in a town where I thought we wouldn’t be found. Watermount Falls is the perfect town to give us the second chance we need. It gives us a sense of security, a new family, and Gavin. I did everything possible to avoid any type of feelings and attachments toward him, but Gavin is determined to prove not only to me but also to Logan that he wants forever with us and will do whatever it takes to keep us.

Unfortunately, it seems good things aren’t meant for Logan and me. I fear we may not have run far enough to escape the hell I left behind.

There's a saying, the calm before the storm. I can feel it nearing, just waiting to pounce. The only thing is, it's not a storm that's coming. It's a damn tsunami.

Gavin
Every day is the same shit. Wake up and put on an act of being the carefree playboy tattoo artist. Every night, the nightmares threaten to take me into the darkness and never let me go.

Until her, Bailey. She's awakened something within me. Something I never thought I'd feel. She's given me a chance at breathing, at living again, and I intend to keep her. Her and Logan.
Whatever it takes.


Bailey’s past is coming back with a vengeance, threatening to finish what it started.

Will her secrets ruin everything they’ve started to build together?

Or will Bailey and Gavin be able to overcome the hell that finds her, and, in turn, find within themselves what they so desperately need, to just breathe?


For mature audiences only (18 and older)
Contains some subject matter that may be offensive due to violence, language, and sexual situation.
Reader discretion is advised.
more
Amazon Other stores
Bookmark  Rate:

'Just Breathe' is tagged as: