She Got A Thing For A Dope Boy 3 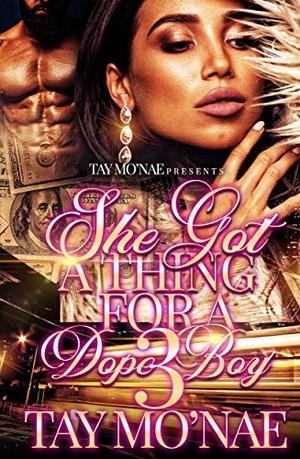 When Levi walks out after finding out about Neveah’s pregnancy she’s left with a million thoughts running through her head. Not only is she at risk of being a single mom but her mom is still single handling destroying her life.
Levi is battling mixed emotions when it comes to Neveah’s pregnancy and an unwanted guest isn’t making his decision easier. Will he be able to man up or will he let his past issues block him?

J-Roc is also left with a tough decision concerning his wife and Josie isn’t sure if she can stand by his side during it. J-Roc feels like he has the weight of the world on his shoulders and he doesn’t know which way to turn. It doesn’t help that Josie has a secret that’s revealed and has everyone looking at her sideways. Now J-Roc is left questioning their whole relationship.

Ice is having a baby. The only problem is it’s not by Kyleigh. With trying to keep Kyleigh in the dark Ice is starting to feel the pressure of his secret weighing down on him and has to make a choice when it comes to telling Kyleigh or not.
Kyleigh is still having doubts about her relationship with Ice and is struggling to save face in front of everyone. She wants to believe he’s changed but when she keeps taking blow after blow she starts to think it’s to give up.

In this jaw-dropping finale The Feds have finally closed in on the guys, their relationships are at risk, and secrets are still threating to tear them apart. Will these couples be able to keep their relationship above water? Or will they all sink?
more
Amazon Other stores
Bookmark  Rate:

Buy 'She Got A Thing For A Dope Boy 3' from the following stores: