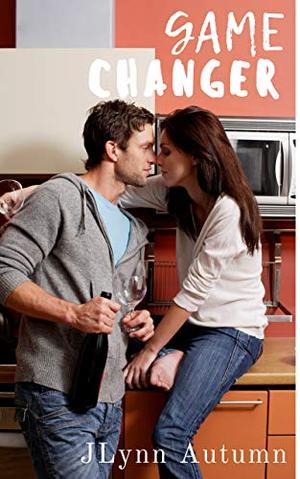 After breaking up with her boyfriend of 6 years, Kris accepted a transfer to her company’s San Francisco office fulfilling her childhood dream of living in her favorite city.

Jonathan works 80-100 hours a week most weeks and no woman he’s ever met has understood or accepted that. He likes the idea of a long-term relationship, but never seemed to have time for anything more than a few weeks before work got in the way.

Kris and Jonathan are assigned to team up on a year-long project. When their non-work talk lunch rule develops into the start of a friendship, but feel like they want more. Can Kris trust him enough to tell him why she doesn’t go to her hometown and the secret she’s been keeping from almost everyone that knew her before she moved to San Francisco?
.
.
“I leaned forward toward her and whispered, “I really want to kiss you. It’s becoming harder and harder to remain professional when we are together.”
She looked up at me and leaned in, “I really want you to kiss me.”
.
.
“I learned that it took me eight kisses to get from his ear to his shoulder and that when I nibbled on his lower lip, his natural reaction was to laugh and pull me closer. I learned that if I straddled his lap and ground into him, her groaned a low growl. I learned that I had never been kissed the way he kissed me.”
.
.
.
First Reader Reviews:
"Book boyfriends are the best. Damn he's such a good guy. Planning a guys day at the ballpark while the women have a spa day."
.

"He's quickly becoming one of my favorite book boyfriends ever."
.
"I want to be Kris. To go through what she did in a previous relationship, but come out so strong and then to meet someone who loves her so completely. Kris and Jonathan are relationship goals. I want to live in this book even just for a day."
more
Amazon Other stores
Bookmark  Rate:

'Game Changer' is tagged as: