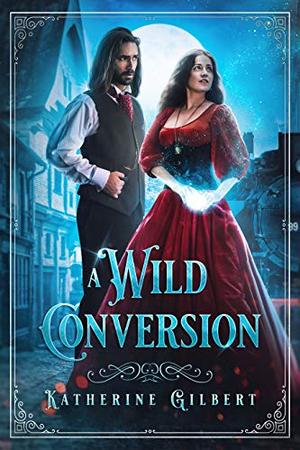 In a town where magic rules, how do you keep it from destroying everything precious?

Salem, Massachusetts is more famous for its hysteria than its magic, but on the other side of the bespelled barrier, witches do exist, an entire community where those with the most magic wield the most power.

Emma Goodwinter has lived there all her life but has always questioned the way things are. Now a young witch of 50 on the brink of converting into her full sorcerer’s powers, she has no idea that those questions will be turned into outright rebellion, all brought on by the arrival of an unscheduled steam train.

Physician Dr. Frederick Everly is used to his mundane life in 19th-century Boston, but when the train he is in derails and he must confront evil magic to save an infant’s life, he’s suddenly thrown into a confounding world almost a century and a half away from where he started.

Drawn to this unwilling time traveler from the start, Emma quickly realizes that Frederick, too, is becoming a sorcerer. But his is a wild conversion, entirely untrained--the type which legends say can only lead to madness or death.

Quickly discovering themselves in a life-and-death struggle with Frederick’s all-too-magical, and far too malevolent, family, Emma and Frederick must help him survive his conversion and find a way to fight the conspirators, all while facing terrifying new truths about Emma’s past. But how will two unconverted sorcerers stop a conspiracy which began before their births and has already infected the lives of four different generations?

Katherine Gilbert, author of the quirky urban fantasy series, More in Heaven and Earth, shows a more serious side in this contemporary fantasy tale of witches, magic, and dangerous conspiracies (with a small side of quirk). On a Gilbert wackiness scale of 1-to-10 sarcastic talking cats*, this one is about a 2.

*Warning: Not all stories contain talking cats. Wackiness may take other forms.

The More in Heaven and Earth series is all set in the same magical universe filled with angels, witches, werewolves, demons, vampires, ghosts, and many other supernatural creatures. These intriguing tales can be read either in order or as stand-alones and will introduce the reader to a variety of fascinating characters throughout the many unique locales of this exciting world.
more
Amazon Other stores
Bookmark  Rate:

'A Wild Conversion: A Magical Town Time Travel Fantasy (More in Heaven and Earth)' is tagged as:

Buy 'A Wild Conversion: A Magical Town Time Travel Fantasy (More in Heaven and Earth)' from the following stores: