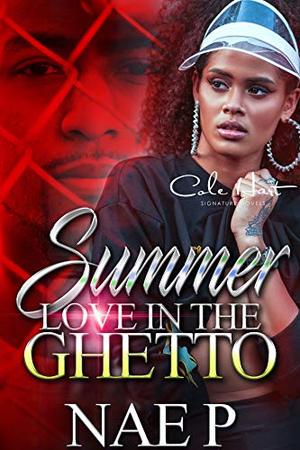 Take an unforgettable ride with new author Nae P in this riveting, drama filled novel about new beginnings, unexpected love, and more sacrifices than Summer could ever imagine.

Attempting to love in the ghetto proves to be tougher than Chase and Summer could’ve ever imagined. For the two, growing up in the hood had its challenges. Chase has had his heart set on Summer since they were kids. Now that they’re older, he has every intention of making her his. Chase knows that the stakes are high seeing as though Summer is not just any ole girl; his responsibility to protect her was fated. However, the drama unfolds before he really has the chance to establish a solid foundation for their relationship. After seeing and doing a lot in his younger days, the idea of love puts some heavy pressure on Chase.

Summer is young, beautiful, and vibrant. Aside from beating the odds and trying her best to make her parents proud, Summer finds herself in a lustful whirlwind. Against her better judgment and her daddy’s wishes, she falls head over heels for her childhood crush — while on her summer vacation to her hometown. Summer finally gave into Chase’s advances; however, she quickly found herself struggling to maintain a healthy balance between school, her new boo, and pleasing her dad. And with her father incarcerated, Summer is forced to navigate through life and love on her own terms.

For the two, summer in Detroit takes on a sense of nostalgia as fresh bonds build and crumble right before their eyes.
more
Amazon Other stores
Bookmark  Rate:

'Summer Love In Ghetto: An African American Romance' is tagged as:

Buy 'Summer Love In Ghetto: An African American Romance' from the following stores: