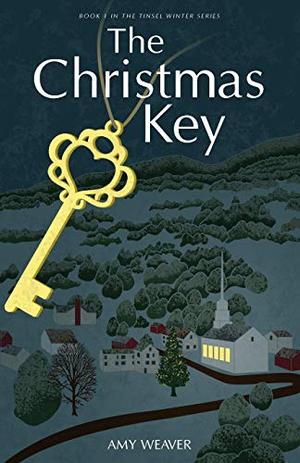 Sometimes the place you want to leave behind is exactly where you need to be.Noelle Snow's life is anything but perfect. Eight years ago she left Tinsel, Vermont, to escape the festive, all-Christmas, all year-round, spirit of her small hometown. But after discovering her boyfriend had been cheating on her, she had no place left to go and she finds herself in the last place she wants to be. Alone, embarrassed, and estranged from her family, Noelle has to confront head-on every-thing she's left behind.

Holly Snow, Noelle's younger sister, was more than happy to assume Noelle's role as the next in line to maintain the Christmas spirit in Tinsel. In Noelle's absence, Holly became the town's matriarch of Christmas and she clings tightly to her place in the community. With Noelle back, everything Holly has worked for could disappear, and she'll do everything she can to make sure that doesn't happen.

Tinsel is a small town with a big heart. Nestled in the Vermont mountains, its stunning natural beauty is only rivaled by the community's love of all things Christmas. Despite Noelle's loathing for the holidays and Holly's jealous ways, the Snow sisters might just find themselves able to overcome their past and be a family once again-with a little help from Tinsel itself.
more
Amazon Other stores
Bookmark  Rate:

Similar books to 'The Christmas Key'

Buy 'The Christmas Key' from the following stores: