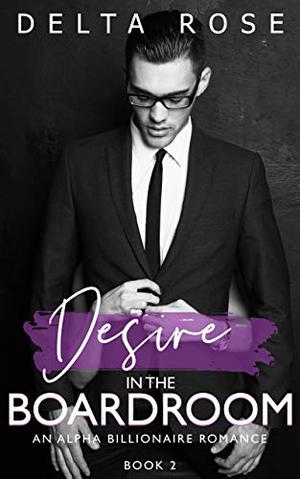 After waking up in a billionaire's bedroom, Julie finds herself caught up in an argument between two of the most powerful men she knows. Dean Harrington, the playboy who seems oddly familiar with her and Troy Townsend who seems intent on keeping them apart. Behind the scenes, their friendship is unravelling. Troy has enough on his plate trying to juggle his company and the advising boardman that keeps him from doing anything and now with their competition over Julie's heart, he's reaching a breaking point. Maybe it's just time to let go of Julie and try to move on.

But one question still remains after the dust clears... Who will Julie choose?
more
Amazon Other stores
Bookmark  Rate:

'Desire in the Boardroom : Contemporary Romance Short Stories' is tagged as:

All books by Delta Rose  ❯

Buy 'Desire in the Boardroom : Contemporary Romance Short Stories' from the following stores: