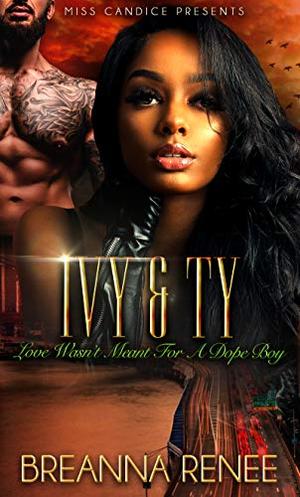 Life for the young and beautiful Ivy Richardson takes a dramatic turn for the worst when a murder is committed right before her eyes. Terrified, she takes off running in the other direction, afraid that if she's caught she'd face the same unlucky fate. Luckily for her, that doesn't end up being the case. In fact, the handsome, savage, Tyrell Dorsey oddly has a soft spot in his cold heart for her.

Tyrell 'Ty' Dorsey is the embodiment of a street n*gga. With money, drugs and women at his fingertips, the last thing on his mind is falling in love. That is, until he crosses paths with Ivy. For the first time in his life, he's met someone with the potential to really pull him off the streets. Thing is, Ivy sees through Ty's BS and wants nothing more than to make money together as they agreed to.

This unlikely duo finds themselves in a whirlwind of turmoil, sex, greed and deceit. Through it all, will Ty be able to show an insecure Ivy that love truly is meant for a dope boy? Or will everything they're faced with cloud her judgment, pushing her in the opposite direction?
more
Amazon Other stores
Bookmark  Rate: