by A. L. Williams 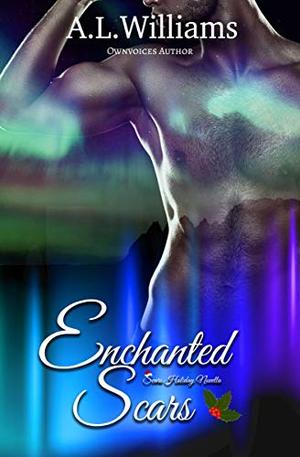 
Riley hates Christmas, but if he has to be head elf then he will be a damn good one. It’s the least he can do for the man who makes his heart flutter—if only the feeling was mutual.

I can’t fail them.
Nick has one job each year and it’s to give every single child the Christmas he never had. He can’t fail them. It’s the only thing that matters—at least that’s what he thought.

Don’t let what’s right in front of you slip away.
When both men are thrown in the middle of the desert, they struggle to save Christmas. Secrets and emotions surface that rock their friendship. Can they find their way home and accept they’re more than friends or are the Scars too deep?

Enchanted Scars CAN be read as a standalone.
more
Amazon Other stores
Bookmark Rate Book

Recent books by A. L. Williams

All books by A. L. Williams  ❯