The Lost Letters of Playfair Street 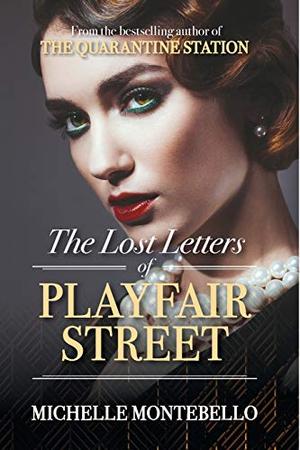 At the height of the Roaring Twenties, can two lovers survive an inevitable fate?


1929 On the night of her engagement to austere banker Floyd Clark, Charlotte Greene meets enigmatic Sydney Harbour Bridge engineer, Alexander Young. Their encounter is brief, but their attraction instant.


During a second-chance meeting, Alex invites Charlotte to play a game with him, one of daring clues and secret meeting places. She accepts and they embark on a thrilling lover's chase across the city.


But with her arranged marriage to Floyd looming, will she have the strength to let Alex go?


Present Day: Paige Westwood is helping her boss establish a publishing house in his newly-purchased Playfair Street terrace in The Rocks, Sydney. In the attic, she discovers a chest of old clues that are designed to lead the reader on a journey across the city.


Paige contacts the former owner, Ryan Greene, who explains the clues may have belonged to his great-aunt Charlotte, who once lived in the house, but who mysteriously disappeared in 1929.


Together, they follow Charlotte and Alex's clues to unravel a fascinating tale of lies and intrigue, of two lovers bound by hope, but also by deceit. Can they solve the mystery of Charlotte's disappearance or has all hope been lost to the past?

Similar books to 'The Lost Letters of Playfair Street'

More books like 'The Lost Letters of Playfair Street'   ❯

All books by Michelle Montebello  ❯

Buy 'The Lost Letters of Playfair Street' from the following stores: