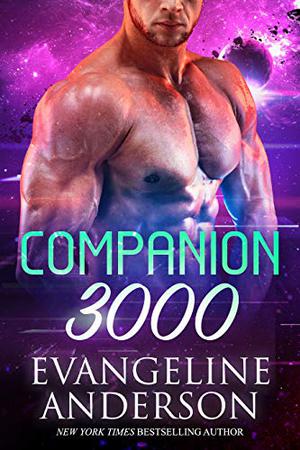 Pierce is on the run and posing as a robot seems like a good way to hide...

What happens when he has to pretend to be her...Companion 3000?

Leita McLain runs a small solo asteroid mining outfit at the ass end of the Centauri solar system. She's had no luck in getting a man to stay with her so she decides to buy a Companion droid, the very latest in cybernetic sex slaves.

Pierce Branson is a man addicted to adventure. But when he finds himself with a bounty on his head for a crime he didn't commit, he knows he's got problems. During a shoot out in the Companion factory, Pierce hides in one of the packing crates. Next thing he knows, he's waking up in Leita's bedroom and starting his new life-as a sex slave. But he doesn't count on falling in love with his new Mistress. Or on playing the part of her "Master" when Leita decides she wants to explore her kinky side.

Now both Leita and Pierce have some choices to make. Leita knows she shouldn't let herself fall for a cybernetic sex slave and Pierce knows he ought to tell her the truth. But will Leita forgive him if he comes clean? You'll have to read Companion 3000 to find out.

***This book was first published under the title: For Her Pleasure many years ago. Now that I finally have the rights back, I am republishing it with a sexy new cover. Enjoy!
more
Amazon Other stores
Bookmark Rate Book

All books by Evangeline Anderson  ❯

Buy 'Companion 3000' from the following stores: