Out of the Woods: A Secret Baby Paranormal Romance 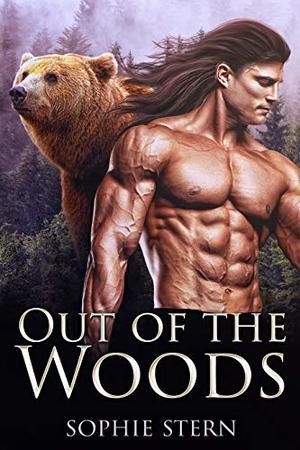 One night. One chance encounter. One baby.

Dale
I've been out of the military for two years and living the life of my dreams. Spending time up in the mountains is what's always felt right to me. It's where I've always belonged. Then a surprise package shows up on my doorstep, and everything changes. Who the hell is Ruby Rogers? And why does her letter say that she has my child?

Ruby
It was a long time ago, and it was a mistake, but sleeping with the military man had felt right at the time. It had felt perfect. When I found out I was pregnant, I didn't bother trying to contact him again. We hadn't exchanged a lot of contact information, and besides, he had probably moved on. People who had one-night-stands weren't exactly the type of people who would make good fathers. Then my kid turned into a shapeshifting bear, and I realized that I needed to hunt this guy down.

There's just one problem: when I reach out to the bear-shifting, former-military hottie, he doesn't remember me.

What the hell am I supposed to do now?
more
Amazon Other stores
Bookmark Rate Book

Similar books to 'Out of the Woods: A Secret Baby Paranormal Romance'

More books like 'Out of the Woods: A Secret Baby Paranormal Romance'   ❯

All books by Sophie Stern  ❯

Buy 'Out of the Woods: A Secret Baby Paranormal Romance' from the following stores: