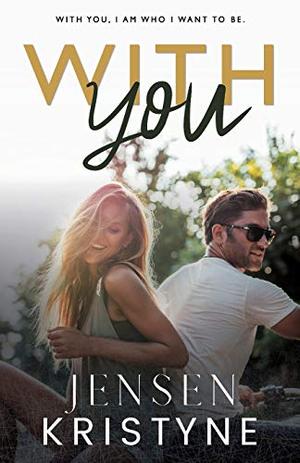 Brielle Sutton is a good girl in her sophomore year of college. After surviving her brother's death, she's grown to love her quiet nights spent with her quirky friends and books, but when her best friend urges her to venture out to the hot, new club, all of campus is talking about everything is about to change.

With his tousled brown hair, tattoos, and bad attitude, the handsome Theo Wescott reappears in her life after five years. But he's not the same boy she knew growing up. He's rude, rich, and dead set on pushing her away. But as much as Brielle wishes she could resist, she can't. She's determined to find the real Theo again, and too soon, she's consumed by the dangers that are now a part of his life.

Theo Wescott is the ultimate bad boy. He's got the money, the cars, and the never-ending parade of women who throw themselves at him. That's when he sees her-Brielle; his light at the end of a very dark tunnel, reminding him of who he used to be. The cute blonde who teases his thoughts and forces him to relive the darkness of his past.

He knows he's playing with fire because being with her is wrong, but all it takes is one kiss for Theo to find himself questioning who he wants to be. And when his father begins pressuring him to take on more of a role in the family business, he becomes a man on the edge of no return. Leaving the only question that remains: how far will he go before he loses it all?
more
Amazon Other stores
Bookmark Rate Book

Buy 'With You: With you, I am who I want to be. (Taken)' from the following stores: