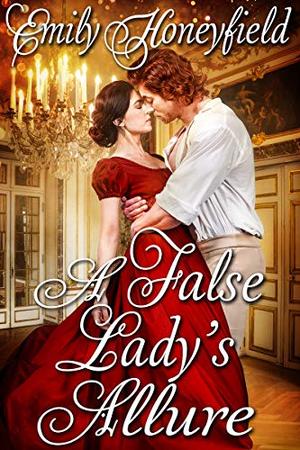 With her family being left penniless when she was just a little girl, Mille Baskins has been forced into a life of servitude. When her mistress dares her to accompany her to a Masquerade Ball, dressed up as if she were a real Lady, Millie cherishes the idea of being a noblewoman for a night. However, an electrifying encounter with a mysterious masked gentleman beneath the moonlight, makes her heart skip a beat. From that point on, everything will go askew, as Mille realises that the man she is intensely drawn to, is the Marquess her lady had her eye on. Will Mille succumb to the dashing nobleman who triggered her most forbidden longings? Or will she manage to resist him, for her lady's sake?

Edward Lithgow, the Marquess of Townshend, has just returned from France, where he led the adventurous life of a spy, during the Napoleonic war. After having a lot of fiery affairs during the war, he is certain that no parochial lady could ever capture his attention or excite his body. Little did he know that he would soon meet the lady who will make him completely lose his mind and overwhelm him with lust. Everything will turn upside down though, when he discovers that the woman that conquered his heart, is the servant of the lady who has a crush on him. What is the charming Marquess willing to do when he realises that the woman he can't have is the same woman he simply can't live without?

When it comes to affairs of the heart, boundaries between social classes are set on fire and turned into dust. Just when this fire between Mille and Edward is burning hotter than ever, outside forces have plans to tear them apart forever. Will their love and passion be powerful enough to defy all the emerging obstacles? Despite knowing they are flirting with danger, will they find a way to melt their two worlds into one?

"A False Lady's Allure" is a historical romance novel of approximately 60,000 words. No cheating, no cliffhangers, and a guaranteed happily ever after.
more
Amazon Other stores
Bookmark Rate Book