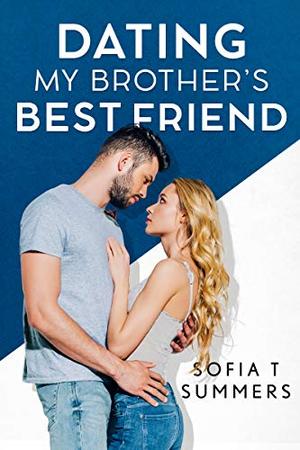 How do I know that the universe hates me?
It’s simple.
The same man who ruined my life has returned to ruin it some more…

…in the form of my boss!

There’s nothing worse than knowing that your ex has the power to make or break your career.

Raff has already broken my heart and betrayed my brother, so there’s no way I can trust him.
Actually, he stomped over my heart so hard that I don’t even know where those broken pieces are anymore.
But my stupid heart still throbbed against my chest when I saw him after all those years.
I noticed that my daughter has his eyes.
Our daughter.

What’s worse than sharing a workday with your douchebag of an ex?
Sharing a daughter with him.
A child that he doesn’t even know exists.

That’s not the only thing he doesn’t know.
I love him. I still do.
And I intend to keep my feelings a secret.
But secrets have a way of coming out… the only question is, when.

Buy 'Dating My Brother's Best Friend' from the following stores: