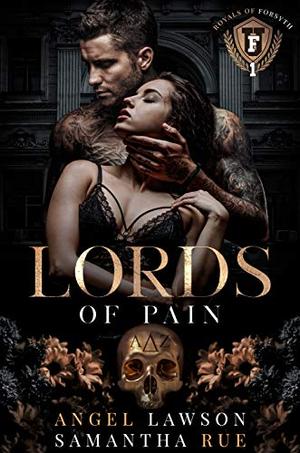 I never claimed to be a good girl, but I definitely never asked for this.

These three men are a part of my past--one that I'd rather never look in the eye again. In high school, they knew my secrets and I knew theirs. They had power and I had nothing. The night everything fell apart, my stepbrother allowed his two best friends to take their rage out on me while he watched. While they laughed.

But what happened that night wasn’t my biggest secret. So I ran, planning on never coming back.


Three years later I’m standing on their doorstep like a stray. They’re more powerful than ever now, having risen to the rank of Lords at Forsyth University. But I’m still on the run and there's another monster chasing me down.

What could bring me back into their lives, their homes, and ultimately, their beds?

Killian, Rath, and Tristian aren’t the only ones who want me. There’s someone far more dangerous out there who's been stalking me since I left town the first time. Someone who makes the evil I know feel less dangerous than the evil I don’t.

But being their Lady is more than just fancy clothes and reputation.

I might be under their protection, but I’m also at their mercy.

The 'The Royals of Forsyth University' series