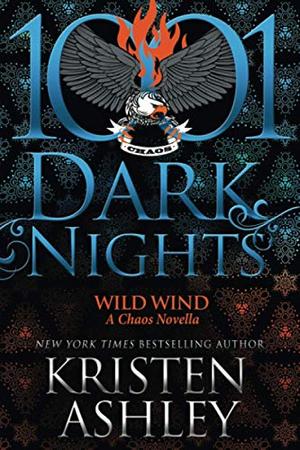 New York Times and USA Today bestselling author Kristen Ashley brings a new story in her Chaos series…When he was sixteen years old, Jagger Black laid eyes on the girl who was his. At a cemetery. During her mother’s funeral.For years, their lives cross, they feel the pull of their connection, but then they go their separate ways. But when Jagger sees that girl chasing someone down the street, he doesn’t think twice before he wades right in. And when he gets a full-on dose of the woman she’s become, he knows he finally has to decide if he’s all in or if it’s time to cut her loose.She’s ready to be cut loose.But Jagger is all in.**Every 1001 Dark Nights novella is a standalone story. For new readers, it’s an introduction to an author’s world. And for fans, it’s a bonus book in the author’s series. We hope you'll enjoy each one as much as we do.**
more
Amazon Other stores
Bookmark  Rate:

'Wild Wind: A Chaos Novella' is tagged as:

Buy 'Wild Wind: A Chaos Novella' from the following stores: