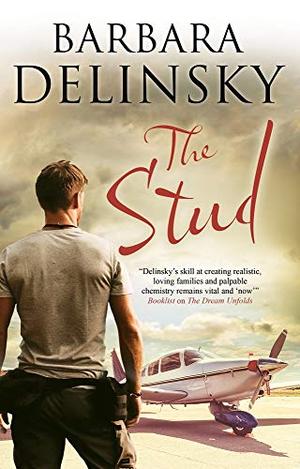 She had something to ask of Spencer Smith. A favor of sorts. A proposition of sorts. A personal, very personal request. An unusual one, for sure.

Jenna McCue wants a baby. Not something that the president of a large chain of successful department stores is used to asking for - and certainly not from her best friend's older brother.

And yet, when you think about it, is it really such a big favor? Spencer Smith's a professional adventurer - he might look on this as one. After all, he'd be doing something he's never done before and it would only take a few minutes of his time with a test tube in a doctor's office.

Spencer's not sure he wants to father a baby. But if he agrees, it won't be with test tubes or doctor's offices. It will be the old-fashioned way . . .

This is a first-time regular print hardcover edition of a title previously available as a mass market paperback.
more
Amazon Other stores
Bookmark  Rate:

'The Stud' is tagged as:

Similar books to 'The Stud'

Buy 'The Stud' from the following stores: