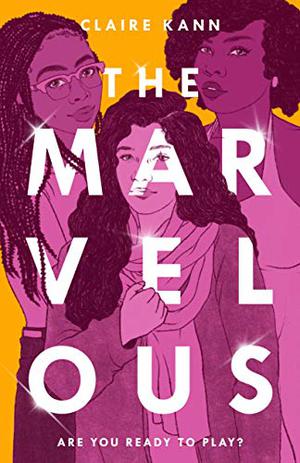 From the author of Let's Talk About Love, t his YA novel follows a young woman as she host san epic night of games with a big cash prize for the winner.

When Jewel inherits a not-so-small fortune, she decides to throw a party to celebrate at her new estate. Except she isn't hosting an ordinary high school party: she's hosting a bash with an exclusive guest list of her most loyal "friends" and a life-changing cash prize awarded at midnight.

Once the party begins, her friends embark on an unforgettable game solving cryptic clues, confessing their darkest secrets, and conquering fear-based dares. But as the game grows tougher and intensely more personal, they all begin to wonder: Who exactly is Jewel Van Hanen and why would she put them through this?
more
Amazon Other stores
Bookmark  Rate:

'The Marvelous' is tagged as:

Similar books to 'The Marvelous'

Buy 'The Marvelous' from the following stores: