The Viper and his Majesty 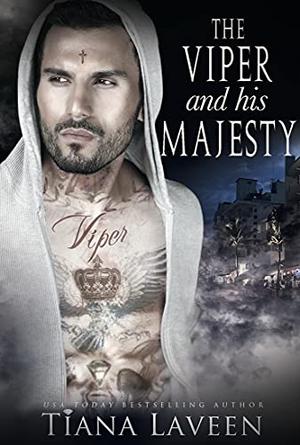 This book is for mature audiences. Reading discretion is advised.

Dominic ‘Viper’ Martinez knows nothing about walking the straight and narrow. As a notorious Miami-born Cuban gang member, his life has been rife with ups and downs, many of those years spent behind steel bars. Yet, he came out the other side dripping in gold and black, like his Latin King colors. Money and survival are all he has on his mind, until a sexy, headstrong woman moves into his neighborhood and causes ample distraction…

Majesty Wilson is tired. She’s tired of lies. She’s tired of the disrespect at her job. She’s tired of no-good-men who see cheating as a way of life. Raising her nine-year-old son solo has been the most difficult job she’s ever had, but her love for her child drives her to make a better life for the two of them. After moving into her new home, she comes face to face with King Viper. Repulsion and fear surface, yet sparks fly between them. Fangs out, he threatens to sink them deep into Majesty but perhaps, for her only, his bark is louder than his bite.

Dominic has never encountered a woman like Majesty, and her unexpected presence causes a storm to brew. He has one foot in Heaven and the other in Hell, but he can only serve one Master. Will that Master be the love or hate?
Immense obstacles, shocking secrets from the past, and devastating blows lay at the feet of the couple, demanding their attention, and testing their resolve.

Majesty is tough, but Dominic melts the ice around her heart. Can she trust a man who has spent his days mostly doing the Devil’s work? Will he behave like his namesake, the snake that would strangle their love by winding his sins around it, thus snuffing it out, once and for all?

Read “The Viper and his Majesty” to find out!
more
Amazon Other stores
Bookmark  Rate:

'The Viper and his Majesty' is tagged as:

Similar books to 'The Viper and his Majesty'

More books like 'The Viper and his Majesty'   ❯

Buy 'The Viper and his Majesty' from the following stores: