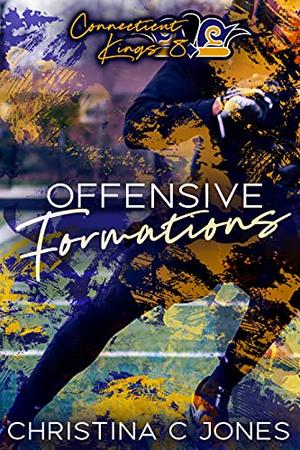 Teagan Tolliver is learning the hard way that for every new trophy, every tournament win, comes more scrutiny, more pressure - far beyond what she can do on a court. As an elite, Black female athlete in a sport dominated by people she has little in common with beyond a match, she’s got the eyes of the world on her - for better or worse.

Ambrose McNeil is familiar with the concept as well.

Coming out of BSU, he was a star cornerback, fulfilling a long term dream - and challenge - of having his name on the Connecticut Kings roster.

Until what could’ve been a career-ending injury leaves him on the sidelines - forgotten about.

With a hard-won full recovery on his side, and a new head coach at the helm of the Kings, Ambrose is poised to rebuild his reputation, and retake his place in the lights.

Only… now that the dream is back within his grasp.. . he’s realizing the wisdom of old cliches, and wondering if the turf under his feet is going to actually be any greener.

Maybe not, according to Teagan.

She’s witnessed firsthand what the pressures of competition - and the addiction to public adoration can do.

But she can’t let it go.

Not while she still has a legacy to continue, a birthright to honor, and most importantly - points to prove.

All motivations she and Ambrose have in common.

From accidental enemies, to something softer, to friends, to something deeper than either imagined or was even looking for, they’re both navigating more than they can handle alone.