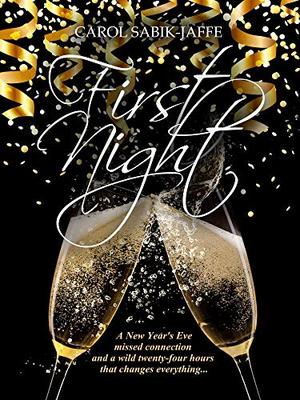 A New Year’s Eve missed connection and a wild twenty-four hours. She's got a family tradition to save. He's all-in to help the charming woman he's just met. Everything can change in a day…

Maria, a young professional in a tenuous NYC advertising career, deals with her boss, demanding clients, and a mother who expects her home for the family’s annual New Year’s Day performance in the Mummer’s Parade.

In Philadelphia on New Year’s Eve, she dashes through the train station and slams into an elegantly dressed man, Hunter, who’s in town for a reunion with friends. Once at home, Maria is convinced by her life-of-the-party cousins to attend the First Night Ball. After a broken-down cab, stalled subways, a stop in a country western bar, and a cold walk through the city, they hitch a ride to the ball in a crowded church van.

At the ball, Maria and Hunter awkwardly cross paths again. When an untimely accident lands Maria’s father in the hospital, her mother’s frantic message sends her running. She “borrows” a horse drawn carriage, pushes through traffic to her family, and promises them she’ll guide the team.

At the clubhouse she finds chaos and is devastated to realize that for the first time in the history of the team, they won’t compete. Hunter and his friends offer to fill in for missing performers. Together this band of misfits improvise and save the day.

Over the course of twenty-four hours, Maria and Hunter fall hard for each other.
more
Amazon Other stores
Bookmark Rate Book