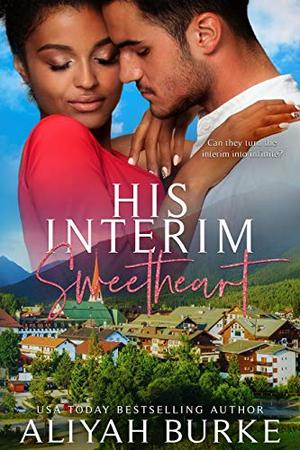 Can they turn the interim into infinite?
Logan Chancellor needed to find an interim girlfriend to take home to his Grams’ one hundredth birthday party. It wouldn’t do to show up alone when his ex was going to be there. He didn’t trust the women he occasionally slept with but when his friend blurts it out that he has one, he has to make this work.
Sidni Helton is freaking fantastic…with numbers. People, not so much. When an ultimatum from her sister has her agreeing to a temporary agreement with her boss, she realizes she’s in far in over her head.
As they play the game, both realize that there is something real that is blooming between them. But when they are back to the job and rumors fly, will he have a chance to protect her as he longs to do? Or will all he gets to keep of her, be memories of what could have been, and for a short time, what was?
more
Amazon Other stores
Bookmark Rate Book

Similar books to 'His Interim Sweetheart'

All books by Aliyah Burke  ❯

Buy 'His Interim Sweetheart' from the following stores: