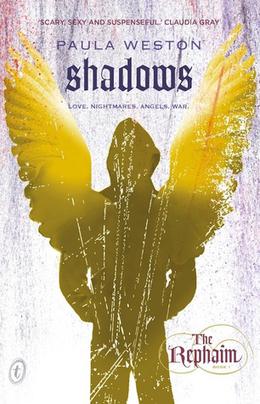 It’s almost a year since Gaby Winters was in the car crash that killed her twin brother, Jude. Her body has healed in the sunshine of Pandanus Beach, but her grief is raw and constant. It doesn’t help that every night in her dreams she kills demons and other hell-spawn.

And then Rafa comes to town. Not only does he look exactly like the guy who’s been appearing in Gaby’s dreams—he claims a history with her brother that makes no sense. Gaby is forced to accept that what she thought she knew about herself and her life is only a shadow of the truth—and that the truth is more likely to be found in the shadows of her nightmares.

Who is Rafa? Who are the Rephaim? And most importantly, who can she trust?

'Shadows' is tagged as:

The 'The Rephaim' series

All books by Paula Weston  ❯

Buy 'Shadows' from the following stores: