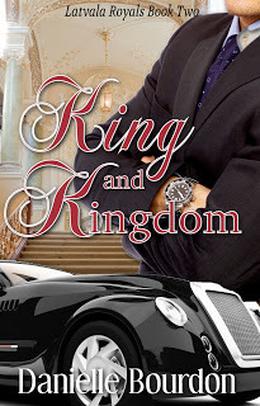 Chey Sinclair discovers that dating a real life Prince can be both heart warming—and heart wrenching. Sticking to her guns, she faces down the Queen and defies the Royal order to cease her relationship with Prince Sander. Piqued, the Queen strikes back, and Chey finds herself separated from Sander by no means of her own. Forced to return to Seattle, Chey waits, and hopes, to be reunited with her Prince. What happens next leaves her desolate and devastated. Just when she decides to move on, her wily Prince proves he has a few cunning plans of his own.


Will Sander Ahtissari pull off the impossible, or will the King and Queen of Latvala get their way in the end?

Find out in book #2 of the Latvala Royals Series.
more
Bookmark Rate Book
Amazon Other stores

Similar books to 'King and Kingdom'

Buy 'King and Kingdom' from the following stores: