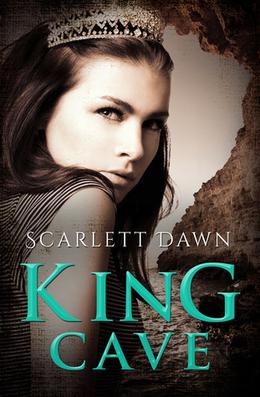 The long-awaited sequel to the bestselling, award-winning King Hall: the revolution is here, but the most dangerous attack may come from within...

The safe, comfortable world of Lily Ruckler and her fellow Mystical Kings and Queens is rocked to the core by the attacks at King Hall. Not only does Lily have to kill the Commoners attacking her people, she also has to assume the mantle of leadership, and bring the surviving Mysticals to King Cave.

It should have been too much, but she is not alone. Ezra becomes her rock, her best friend, the one person who understands. As Pearl and Jack struggle with inconsolable loss, Ezra and Lily work to keep the Mys community safe in their new home, and plan a deadly retaliation.

Their friendship saves them both...but it also draws attention. Whispers. Judgment. It's not normal for Shifters and Vampires to be friends, and when a horrifying truth is revealed, their relationship morphs from unusual to unspeakable. Lily is good at keeping secrets that could get her killed. Is she willing to risk Ezra's life as well?
more
Bookmark Rate Book
Amazon Other stores