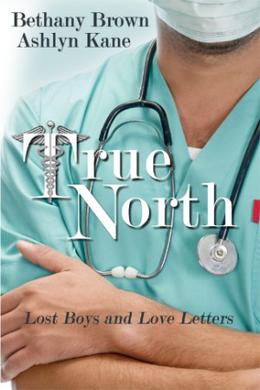 Small-town engineer Jackson Strange has been clumsy his whole life, so it doesn’t surprise him when an accident at work sends him to the local clinic—but his attraction to Julian Piet, the charming doctor charged with stitching him up, catches him completely off guard.

Julian has just returned home after finishing his residency a few provinces over. Now he has to make his tiny Alberta town fit again. When his path crosses Jack’s, he gets an idea of how to do that. Unfortunately, Jack's reluctance to be open about his sexuality and Julian's shattered confidence make taking that first step difficult. It takes a push from Julian's meddlesome sister to send them stumbling into romance.

Happily wrapped up in their fledgling relationship, Jack and Julian think they may have found their way. Then Julian’s job, Jack’s family connections, and dangerous illness threaten to send them spinning apart. The only way to get to happy-ever-after is to believe and trust that together, they can find true north.
more
Amazon Other stores
Bookmark  Rate:

'True North' is tagged as:

All books by Bethany Brown  ❯