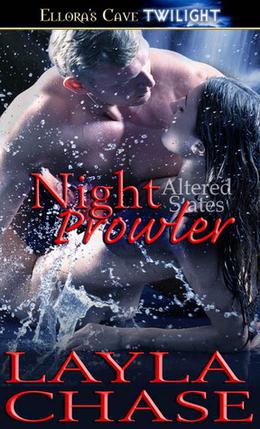 Tall, muscled and naked—that’s private investigator Zoia’s first sighting of her quarry, a missing soldier named Kol. The fact he’s pleasuring himself is even more intriguing but within minutes she becomes his prey. He stalks her, arousing every female instinct she possesses, and then claims her—carnally. When Zoia learns Kol is battling a situation he doesn’t understand, her need to help surfaces.Kol has holed up in his family’s cabin to learn the cause of his unsettling blackouts. The appearance of a vivacious nature photographer sets off his radar. Within minutes, Zoia invades his space—and her sweet body becomes his lifeline back from unexplained memory lapses. Can their growing attachment survive the discovery of his startling secret?
more
Amazon Other stores
Bookmark  Rate:

'Night Prowler' is tagged as:

All books by Layla Chase  ❯