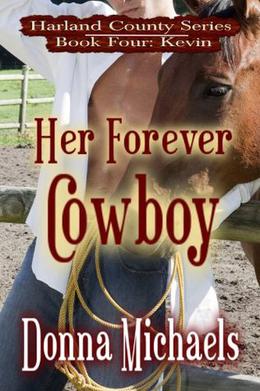 Single mother Shayla Ryan is tired of running, and longs to put down roots to create a stable environment for her baby girl and her younger sister. Having grown up with the opposite, she’s determined to raise her daughter right, and Harland County holds a lot of appeal. Too much appeal, in the form of a Casanova cowboy with eye-catching good looks and easy charm. It was time to settle down, create a forever home, and despite the fact the sexy cowboy interferes with her pulse, he’s made it perfectly clear he’s allergic to forever.

If there’s one thing software company vice president, Kevin Dalton loves more than puzzles, it’s women. Size, shape, race doesn’t matter as long as they don’t want a relationship. Been there, done that. He’s not looking to repeat the past, and happy to remain single. Until two beautiful redheads drop him to his knees—one with her cutie-pie smile, the other with her elbow. Too bad the elbow-toting beauty was both hot and puzzling. A killer combination too strong to resist. So he doesn’t, and without realizing it, the redheads slowly rewrite the code around his heart.

But when a danger from the woman’s past shows up and threatens the girls’ future, will he rise to the challenge and fight to keep them in his life? And if he does, can he really be what they need? A forever cowboy?
more
Amazon Other stores
Bookmark Rate Book

Similar books to 'Her Forever Cowboy'

Buy 'Her Forever Cowboy' from the following stores: