Somewhere a Song (Daughters of Fortune #2) 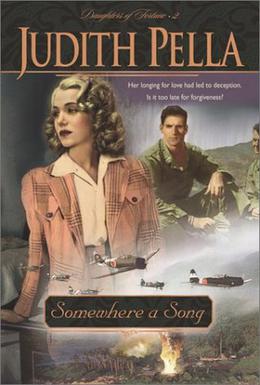 Book 2 of Daughters of Fortune. Somewhere a Song opens the day after Pearl Harbor as the daughters of newspaper tycoon Keegan Hayes suffer the aftermath on three different continentsâ��journalist Cameron Hayes in Moscow, searching for the half-brother sheâ��s never met; Jackie in California, dangerously aligning herself with the Japanese community; and Blair in Manila, desperately seeking the whereabouts of her estranged army officer husband even as she is caught up in the terror of war. The trauma each woman experiences threatens to further drive a wedge in the Hayes family. Is there hope when the worldâ��s at war?
more
Amazon Other stores
Bookmark  Rate:

'Somewhere a Song' is tagged as:

The 'Daughters of Fortune' series

Similar books to 'Somewhere a Song'

Buy 'Somewhere a Song' from the following stores: