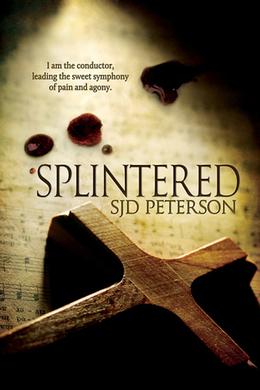 A string of murders targeting effeminate gay men has the GLBTQ community of Chicago on alert, but budget cuts have left many precincts understaffed and overworked. Not to mention, homophobia is alive and well within the law enforcement community and little has been done to solve the mystery. When the FBI calls in Special Agent Todd Hutchinson and his team, the locals are glad to hand the case off. But Hutch finds a bigger mystery than anyone originally realized—seventeen linked murders committed in several different jurisdictions. Hutch’s clues lead him to Noah Walker.

Working on his PhD in forensic psychology, Noah has been obsessed with serial murders since he was a child. But coming to Hutch’s attention as a suspect isn’t a good way to start a relationship. Noah finds himself hunted, striking him off Hutch’s suspect list, but not off his radar. To catch the killer before anyone else falls victim, they’ll have to work together, and quickly, to bring him to justice.
more
Amazon Other stores
Bookmark  Rate:

'Splintered' is tagged as:

The Edge
The Edge
(The Underground Club #3)

Buy 'Splintered' from the following stores: