by Heather B. Moore 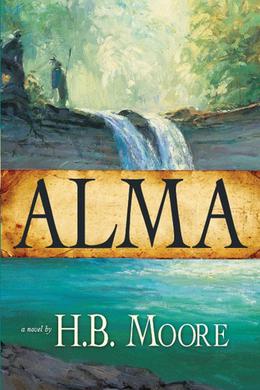 King Noah is thundering with rage. The former high priest Alma has vanished from the city of Nephi, and every night more of his believers manage to escape. The king blames Amulon and threatens certain punishment unless Amulon recaptures Alma a seemingly impossible task. But Amulon has a plan. An equally valuable prisoner is at his fingertips: Noah's wife, Maia, whose newfound faith means bitter humiliation for the king and an opportunity for Amulon to seize power. Amulon's disavowed daughter Raquel has plans of her own. Despite her grief, she is determined to begin a new life in the colony Alma and his followers are building. When Lamanites plunder and burn her settlement, Raquel and her young son are forced to flee to the waters of Mormon. Drama and danger escalate as Alma the Elder organizes the Lord's Church and baptizes its members, bringing an outpouring of divine grace and power. But even as they rejoice, the believers have profound and perilous trials to face, from the outward threat of Amulon's treachery to the inward threat of pride and disobedience. With poignant emotion, gripping suspense, and rich inspiration, this new epic story from H.B. Moore vividly brings the Book of Mormon to life.
more
Amazon Other stores
Bookmark  Rate:

'Alma' is tagged as:

The 'Book of Mormon' series

Recent books by Heather B. Moore

Round Up
Round Up
(Lost Creek Rodeo #1)

All books by Heather B. Moore  ❯

Buy 'Alma' from the following stores: