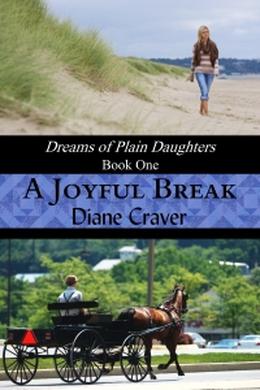 After her mother’s untimely death, a twenty-year-old Amish woman has a difficult decision to make: Make a break from the Amish church and her boyfriend…or live in the English world permanently.

Rachel Hershberger wants to get away from her Amish home in Fields Corner, Ohio. For a year she’s been trying to fill her mother’s shoes by taking care of her father and siblings. She quit her job at the bakery so she could have more time to clean and cook at home. Before her mother died, Rachel was positive she wanted to marry Samuel Weaver, but now she can’t think about wedding plans. She blames her father for her mother’s death. If they had installed a phone in their barn or a shanty, her mother might have received medical help in time to save her life. Her mother’s death has made Rachel question if she should be baptized and join the church. She wonders if non-Amish women live longer and have less stress. Maybe her forty-four-year old mother would still be alive had she left the Amish lifestyle like her sister Carrie did.

When her Aunt Carrie invites her to go to the beach, Rachel decides the time away will help her to decide whether to join the Amish church or to live in the English world. She is conflicted because she loves Samuel and her family. Instead of a relaxing time away, several disturbing events happen while Rachel’s in Florida. A photographer snaps troublesome pictures of Rachel because of her famous senator uncle, and a handsome and charming college student falls in love with Rachel.
more
Amazon Other stores
Bookmark  Rate:

'A Joyful Break' is tagged as:

The 'Dreams of Plain Daughters' series

Similar books to 'A Joyful Break'

Buy 'A Joyful Break' from the following stores: