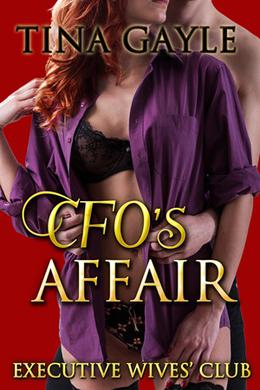 Blurb - Sylvia Donovan is emotionally wounded from the unexpected death of her husband and still haunted by their last conversation: his request for a divorce and his confession of love for another woman. Her husband gone, her only daughter off to college, Sylvia faces the challenges of learning to live alone and move on with her life.
Vince Wilshire, enchanted with Sylvia, is more than willing to do what it takes to capture the heart of the hurting and untrusting Sylvia.
Can he help her forget the past and make her believe in love again?

Excerpt:
She shifted the car into park and killed the engine. “If you need a ride home, let me know.”

A hand closed around her upper arm and she glanced over at Vince.
He released her immediately. “I'm sorry about the bad attitude this morning. I didn't sleep very well last night. I keep having...” He shook his head as if he decided against sharing details of his dreams.

“Don't worry about it. I didn't sleep too well either so it's probably best we both kept our mouth shut during the trip or we might have come to blows before we even got here.” Sylvia leaned forward to retrieve her purse from the floor. In a way, she liked knowing he didn’t always have a quick comeback. It made him more human, more approachable—she cast a wayward glance in his direction—sexier.

She tugged on the door handle and the sound of a car passing nearby them invaded the interior of the car. The large SUV pulled into the slot a few spaces down from them.

“There's Knox.” Glad to see her friend, Sylvia turned and stepped out of the car. She'd debated this morning if she still wanted to go through with helping Vince and had convinced herself she could handle being alone with the man.

Now, she didn’t feel as confident.

He had helped by remaining quiet during the drive, the silence giving her a breather from the attraction between them. Then he opened his mouth, spoke a teasing remark, and the bottom dropped out of her desire to resist his charm.

No, she had to get away from him. Better to use Knox's presence as a buffer, then she could walk into the office and sit down at her desk without any more lustful thoughts.

Knox strolled around the end of his vehicle and lifted a brow. “Well, seeing as you two rode into work together, does that mean you two are dating?”
The words hit her in the chest and she slammed her car door with extra force. “No, I—”

Vince hurried forward and interrupted, “No, Sylvia was kind enough to offer me a lift. By car broke down yesterday and is in the shop. We...” He waved a finger between the two of them and finished with “...are just friends.”

She blinked and stared at him a long moment, her mind racing with how to respond. “You know, I don't think we can even say we're friends. I simply thought it was a nice thing to do for a co-worker.”
more
Amazon Other stores
Bookmark  Rate:

'CFO's Affair' is tagged as:

All books by Tina Gayle  ❯