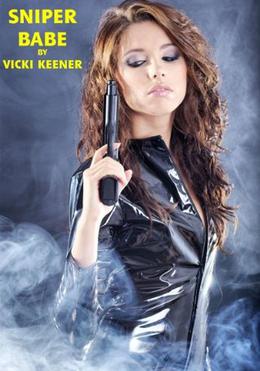 RUSTY GATES, a military trained sniper, is partnered with CHASE CARR, a new team member in the auxiliary SWAT team that is called into action when the regular SWAT teams from the surrounding areas need help.
During field exercises and debriefs afterward, Chase praises her abilities, but in private he taunts her with sexist remarks, leaving Rusty no avenue to denounce him publicly.
In private she fights him with caustic words and deeds while, at the same time, wanting to succumb to his romantic overtures to her. When Chase moves into the apartment below hers, their meetings are inevitable and Rusty's resolve to remain uninvolved with Chase crumbles. Because she's heard him say many times that he's not the marrying kind, she knows their relationship won't stand the test of time.
Rusty's mother who has never married raised her alone. Rusty was subjected to an ongoing parade of her mother's “visitors” which has made Rusty determined to never be promiscuous like her mother. As soon as Rusty graduated from high school, she joined the Army and didn't return to her hometown until seven years later with an honorable discharge, a college degree and pots full of money. She puts her money to good use by revitalizing the town, turning it into a tourist mecca.
Chase is jealous of the new veterinarian in town that he thinks Rusty has a romantic interest in and pursues Rusty with more determination. When extenuating circumstances force Rusty and Chase into a committed relationship, she doesn't believe that Chase will stay with her.
Will Rusty's actions force him away or does he love her enough to work through their problems?
more
Amazon Other stores
Bookmark  Rate:

'Sniper Babe' is tagged as: