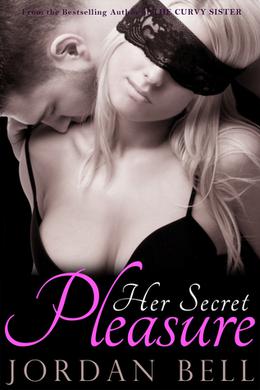 For Kara Mahoney, all of her secrets are tied to one man - Sean Castle. He was her first everything - her first kiss, her first love, and the first man to discover her obedient, sexual passions and dominate them. He was also her first heartbreak.

Six years later and her nights are spent with wealthy Marcus Giovanni who takes full advantage of her submissive vulnerability. He drives her wild, but he's not who she dreams about surrendering to. Their complicated relationship is kept secret from the paparazzi who'd destroy her if they ever found out their city's favorite bachelor spent his nights with a curvy size twelve nobody.

Everything changes when Kara receives the purple envelope in the mail bearing an invitation to the opening of a wicked adult restaurant called Wonderland where guests are transported to a world of tantalizing, guiltless appetites. It turns out not only is Sean Castle the Chef de cuisine at Wonderland, he's also part owner with his brother Zach.

When Kara and Sean are reunited in the days leading up to the grand opening, old passions become hard to resist. Sean struggles against reclaiming the girl he thought he'd given up six years before and Kara's body threatens to betray her by surrendering to the man she hates as much as she loves.
more
Amazon Other stores
Bookmark  Rate:

'Her Secret Pleasure' is tagged as:

Similar books to 'Her Secret Pleasure'

All books by Jordan Bell  ❯

Buy 'Her Secret Pleasure' from the following stores: