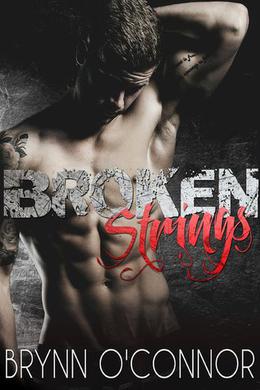 June and her friend Gabby are the biggest fans of The Fringe, a super hot metal band out of SoCal. The girls follow the band around on as many of their west coast tour dates as they can and they'd rather die than miss a show that's less than 300 miles away.

When The Fringe's lead guitarist dies of a sudden drug overdose, the guys scramble to find a replacement musician. When word gets out that a mystery band mate has been selected, June can't wait to lay her eyes on the new sex god, and she can't wait to unravel the story behind the guitar player.

Things get hot and heavy when the girls get their hands on some back stage passes. But the new guitarist Silas turns out to be more than a mystery, and as June falls for him things start to get complicated.
June struggles with her undeniable feelings for Silas, the burning passion and physical desire he elicits in her, and the fact that she's been chosen to bring him down, to reveal the truth about the guitarist once and for all.

'Broken Strings' is tagged as:

All books by Brynn O'Connor  ❯