Break You (A Coldcreek Novel #1) 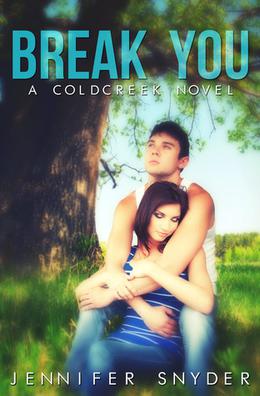 Blaire Hayes enjoys a quiet life, spending her days as a CNA at the local nursing home and nights studying for exams. She prefers things to be as uncomplicated as possible -- but when her friends drag her to a party and she bumps into her high school crush, the path of Blaire’s life veers in an entirely different direction than what she had planned for herself.

Jason Bryant created a nice life away from his hometown, putting distance between himself and the suffocating sadness of his father’s death. But when he finds out his grandfather’s health is deteriorating, he decides he must return home. Partying was not on his agenda while in town, but it’s how he bumps into Blaire Hayes—the girl he’d always thought of in high school as an unobtainable pass.

Together the two learn there are moments in life that hold within them all the power to break you...

'Break You' is tagged as:

The 'A Coldcreek Novel' series

Similar books to 'Break You'

All books by Jennifer Snyder  ❯

Buy 'Break You' from the following stores: