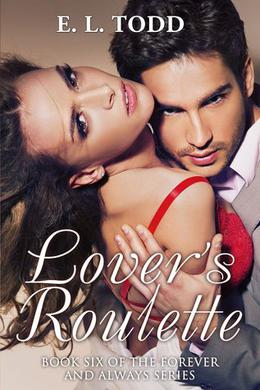 Now that the bachelor parties have arrived, the true fun begins. A night at a club turns into something mortifying for Scarlet as she acts crazier than she ever has. Unfortunately, the entire act was caught on tape—by Sean. Just as they always do, the gang picks on her mercilessly.

While the trip was supposed to be full of drinking, gambling, and more drinking, Scarlet realizes she’s fallen deeper for Sean than she ever has before. And what shocks her even more is how much he’s fallen for her. Obsessed, needy, and attentive, Sean is a different man than he ever was before. For the first time, she allows herself to be weak and confide her painful past to Sean, telling him everything about her mom. Of course, this breaks his heart. After their wedding announcement was leaked to the Seattle Gazette, Scarlet worries her mother will destroy her happily ever after.

Cortland and Sean have a serious conversation, where Cortland reveals something even Scarlet doesn’t know, Ryan fits into his role as the maid of honor, Sean tries to keep up the tradition of their sexual encounters on the plane ride, and Diane is shocked when she learns there is even more upsetting news about her future daughter-in-law. Full of chaos, laughter, and love, Lover’s Roulette is an enthralling sequel to the series.
more
Amazon Other stores
Bookmark  Rate:

'Lover's Roulette' is tagged as:

The 'Forever and Always' series