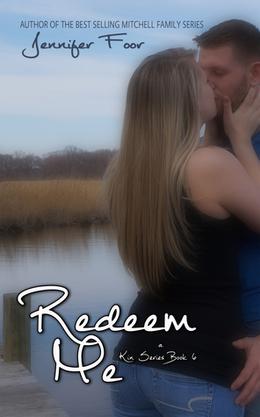 The Road to Redemption is a Long Journey

Parker Hutchinson has done a good job messing up his reputation as the golden child. He’s made bad choices, pushed everyone away, and almost ruined his brother’s life. Though he’s tried his best to make amends, he can’t seem to find a way to convince his family that he’s changed.

Cameron Hynson is in college with hopes to become a lawyer. She’s got her whole life planned out and knows exactly what to do to make it happen. She’s dated Parker since their freshman year and hopes to one day be his wife. Then she finds out she’s pregnant.

Feeling like it’s a great way to redeem himself, Parker proposes. Cameron accepts, unaware of his reasoning.

When Cameron accidentally overhears what Parker’s been hiding it changes everything. She realizes that she’s got a big decision to make, and one question she desperately needs answered.

Does Parker really want to be a father and husband, or is this all some ploy to get back in the good graces of his parents?
more
Bookmark Rate Book
Amazon Other stores

Similar books to 'Redeem Me'

Buy 'Redeem Me' from the following stores: