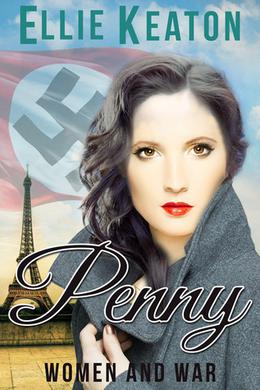 Penny is hell bent on revenge on the man who caused her to flee France as a teenager with little more than the clothes on her back. She lost everything, her friends, her home and her family. She is desperate to find love and to go back home. The Nazis have occupied her country. To return now means she will risk arrest, imprisonment, hideous torture and perhaps even death. Her British friends and adoptive family don't understand her need to go back.

It's the second year of the war. Britain stands alone. Civilians face death and destruction on a daily basis through the Blitz. Penny throws herself into her translation job in order to forget about the man that broke her heart. Yearning to do more, she convinces her bosses to drop her behind enemy lines in Northern France as a spy. Working with the resistance in the darkness of occupied France her bravery, skills and resourcefulness are tested to the limit.

Now a trained killer, she comes face to face with the man she holds responsible for the loss of everything she held dear. Will she let revenge destroy any chance of happiness the future may hold? Or will she give in to the love she has waited a lifetime to find?
more
Amazon Other stores
Bookmark  Rate:

'Penny' is tagged as:

All books by Ellie Keaton  ❯

Buy 'Penny' from the following stores: