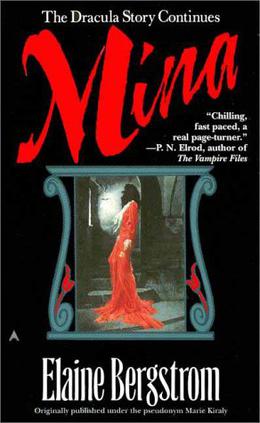 In Bram Stoker's immortal novel, Mina Harker became a living, breathing object of obsession—only to fall prey to her stalker's seductive powers. There was only one way to save her soul—by destroying the life of Count Dracula, the creature who controlled and consumed her. But was the spell really broken? Could Mina return to the ordinary turns of a day, and to the restraints of a Victorian marriage, after the pleasures of such exquisite darkness?
more
Amazon Other stores
Bookmark  Rate:

'Mina' is tagged as:

All books by Elaine Bergstrom  ❯

Buy 'Mina' from the following stores: