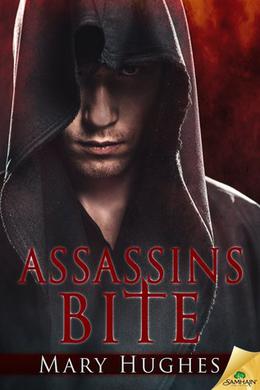 Only her light can burn away his shadows.

On her first night as a police officer, Sunny Ruffles takes down three felons…only to be attacked by a gang of vampires who are a whole new level of hurt.

Then a mysterious shadow man intervenes, saving Sunny before he disappears. She runs after him, telling herself her pursuit has nothing to do with his sharp, stubbled jaw, his powerful shoulders, or his sexy-as-hell, kissable lips.

Rescuing the humans makes Aiden Blackthorne late for a critical meeting with the vampire Nosferatu’s daughter. Yet clompy, bumbling Sunny draws him back like wild honey. He kisses her, and he’s almost got her down to her underwear when a bomb meant for him explodes.

The last thing Aiden wants is to drag Sunny into his hellish conflict with Nosferatu. But Aiden’s a loner whose only friend has mysteriously disappeared, and the woman who smells and tastes like his mate is the only backup he has left. He’ll need her, everything he is, everything he was—and everything he might have been—to defeat his evil master and claim the love he never dared hope to have.

Warning: This book contains shadowy assassins shooping off vampire heads, cops bumbling in at the worst of times and opposites attracting, colliding, and exploding in lust—a.k.a., explicit fighting, humor, and sex.

'Assassins Bite' is tagged as:

All books by Mary Hughes  ❯